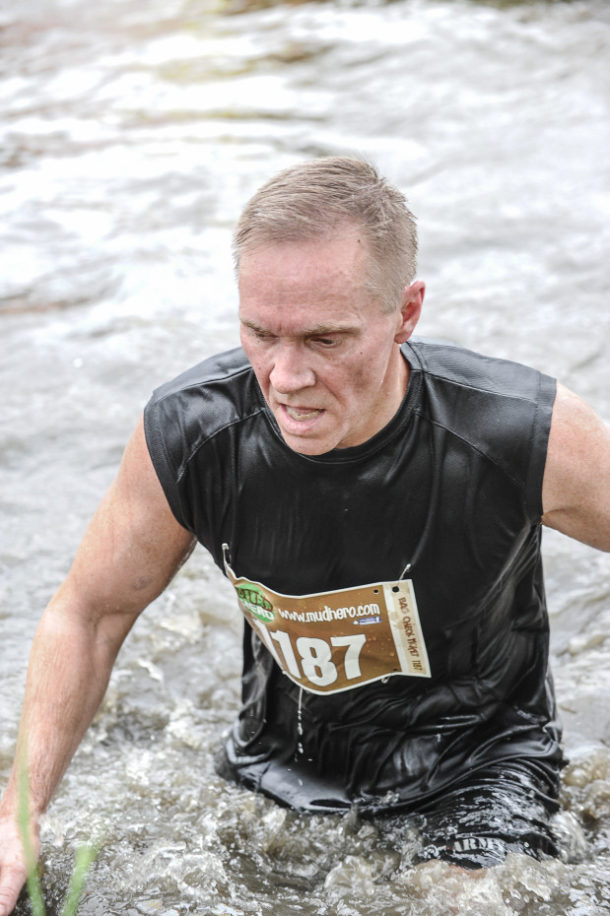 The short bio is that William Stacey is a combat nerd who lives to tell stories.

The slightly longer version is that he was born on Vancouver Island, British Columbia in 1964, spent his early years in Montreal (although his French is really rather sad), and then moved back west to Vancouver, where for some inexplicable reason he thought that the best way to win at life was to drop out of high school and join the army. (It really wasn’t ‘the best way to win at life,’ but try telling that to a 17-year-old who knows everything.)

Off to the army William went. After basic training in Cornwallis, Nova Scotia, and communications training in Kingston, Ontario, the army decided that a little bit of alone time would be best, and posted him to the isolated little village of Masset on the Queen Charlotte Islands (now, Haida Qwai). The Queen Charlotte islands were beautiful, but for some reason William wanted to live somewhere else (maybe somewhere where there were people… okay, single women), and two years later was posted to Bermuda (I know, experiences vary in the army). More postings followed to Gander, Newfoundland; Kingston, Ontario; and three six-month tours near the North Pole at the northern tip of Ellesmere Island–not too terribly far from Santa’s Workshop. During these tours, he rarely did any work (and what little he did wasn’t very well done), and spent a lot of time hanging around with other dudes playing Dungeons and Dragons, both “Basic and Advanced” (how do you like him now, ladies?). One of his best postings was a three-year exchange tour with the US Navy in San Diego. At one point, he was even catapulted off the USS STENNIS (yes, in an aircraft, smarty-pants)

He worked as a communications specialist and linguist, learning both Serbo-Croatian and Czechoslovakian (he was as inept in these languages as he was in French). He deployed twice on peacekeeping tours to Bosnia, and twice on operational tours to Afghanistan. The Taliban still scowl at him when they see him out and about on the streets.

In 1999, he decided that maybe finishing high school and getting a university degree might be a better way to tackle life, so he enrolled in the Royal Military College of Canada’s distance education program and spent the next ten years very slowly working on a four-year degree program, which must surely be a record of some type for procrastination. New degree in hand, he commissioned as an Intelligence Officer and retired from the Canadian Army in 2015 as a Major, which isn’t bad for a guy who joined the army in 1982 as a private.

He jogs (slowly) and lifts weights (little ones). He is a black belt in Karate and met Marie, his lovely and long-suffering wife, at a Goju Ryu dojo in Kingston, Ontario (and yes, she is a much better martial artist than he is). They have a wonderful daughter, Nicole, who is also a black belt and master of Overwatch (if you don’t know, ask a teenager). An avid fan of video games himself, he plays entirely too much X-Com and Elite: Dangerous. When he wears his Virtual Reality goggles and headphones, and starts giving voice commands to his computer, he is amazed Marie can somehow keep her hands off him.

A bit of an odd duck Canadian, hockey bores him to tears, but put on a movie with sword-fighting and he’s all over that. Tales of his watching La La Land and Moulin Rouge repeatedly are nothing more than dirty lies.

He loves fantasy and science fiction, but always with a dark, mature edge to it.