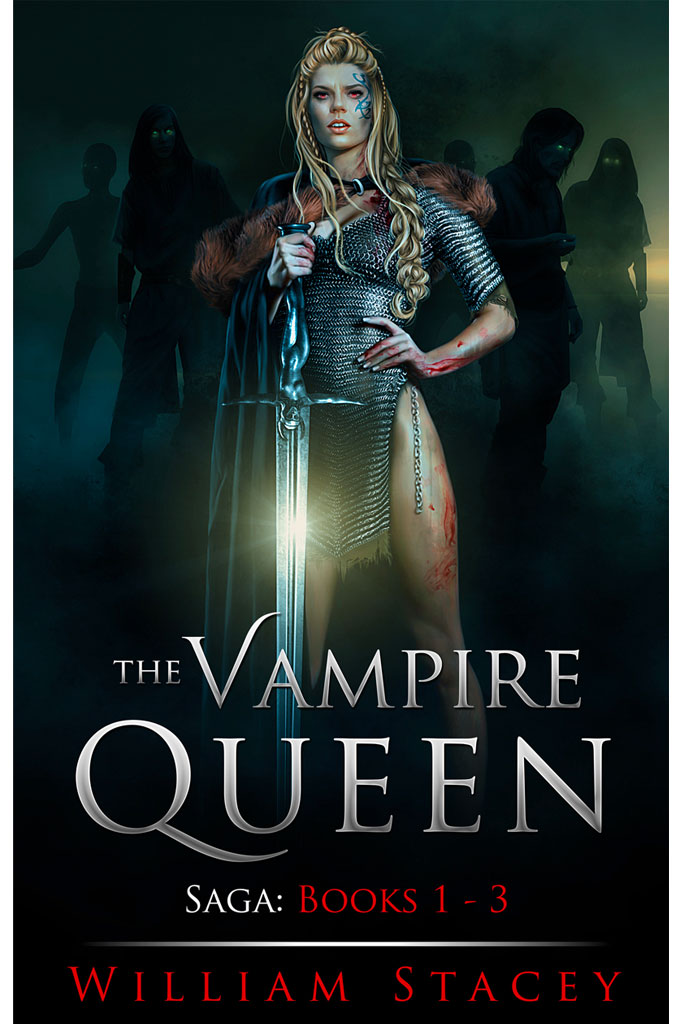 In the medieval kingdom of Conarck, a long-buried secret is about to reignite a war.

Bound in service to the noble Dain family, young warrior Owen seeks freedom and adventure. When a deathbed confession reveals the secret location of a long-lost weapon of great power, Owen accompanies a military expedition to the haunted ruins of the long-dead vampire queen Serina, who fifty years earlier almost destroyed the kingdom in her bloody rebellion.

But a traitor travels with the party, one who knows another secret—Serina isn’t dead, merely trapped. 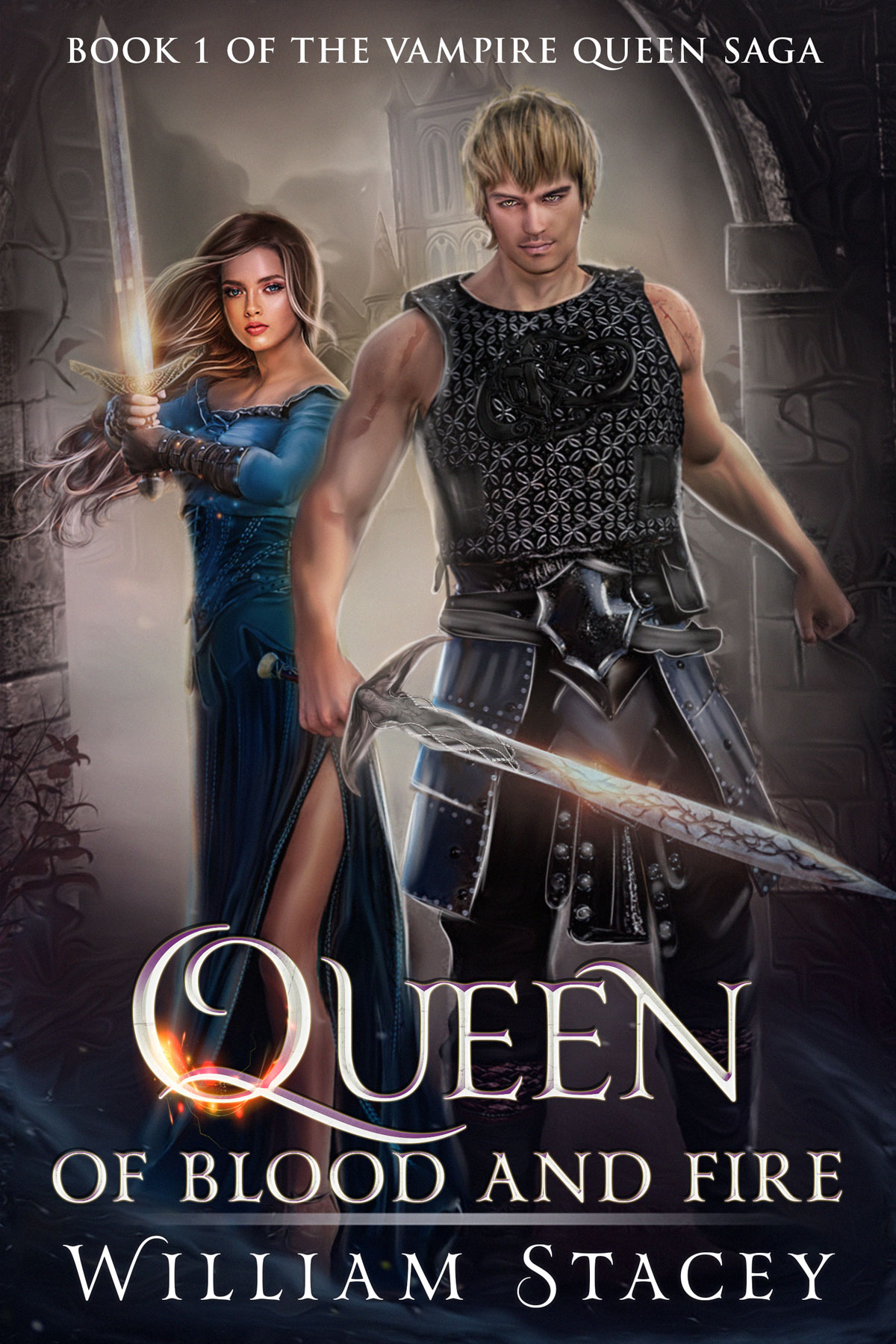 Queen of Blood and Fire, Book 1 of the Vampire Queen Saga 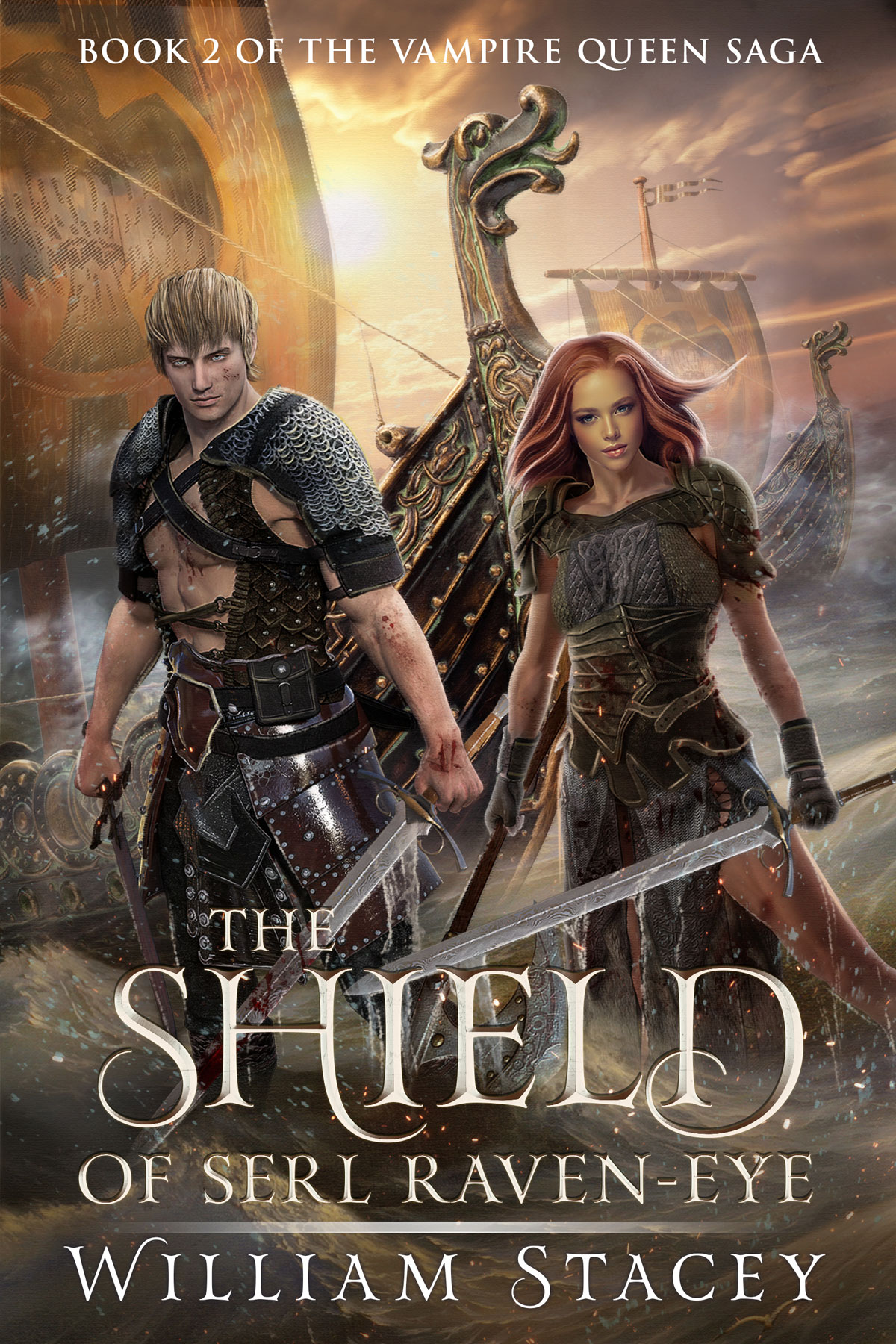 The Shield of Serl Raven-Eye, Book 2 of the Vampire Queen Saga 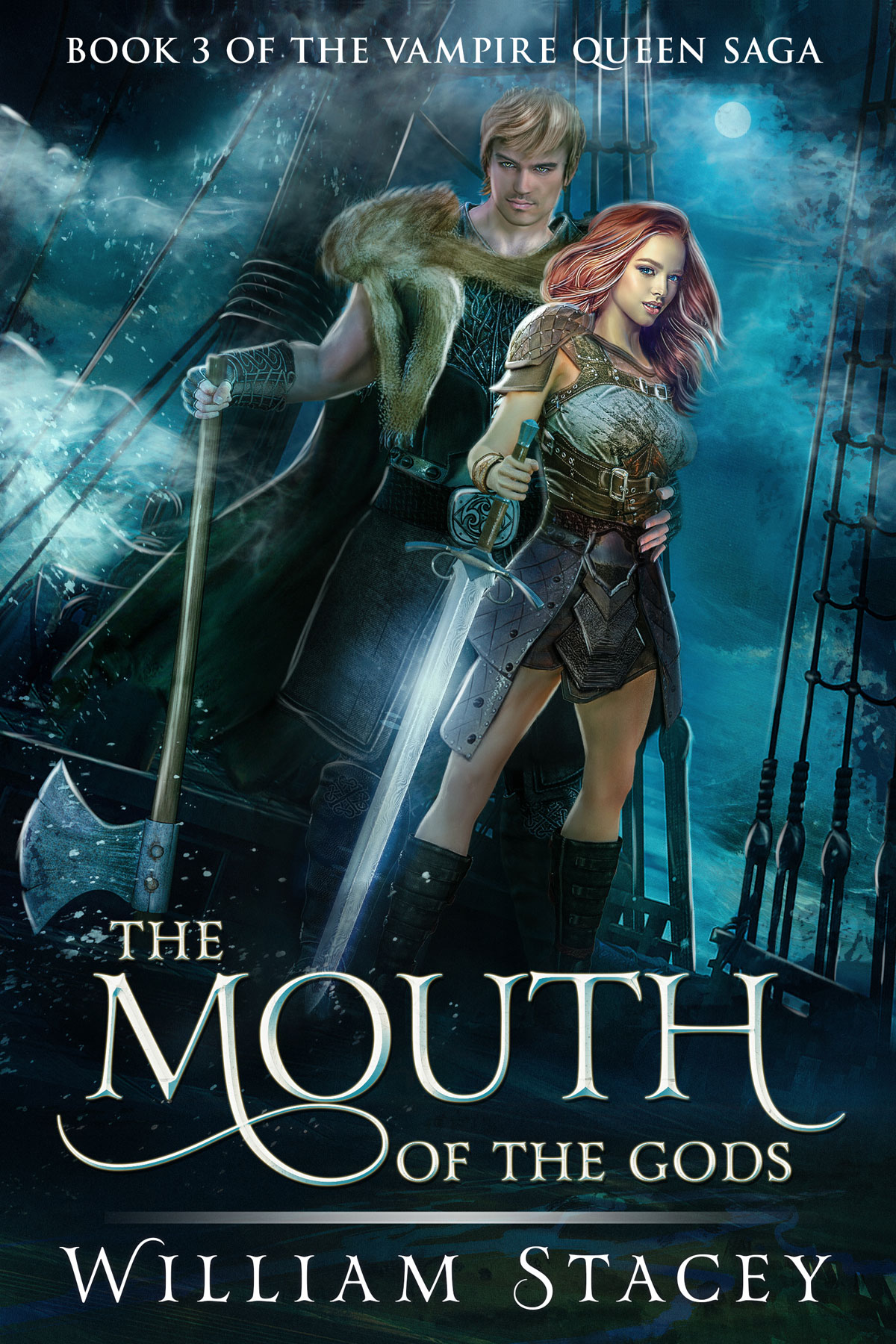 The Mouth of The Gods, Book 3 of the Vampire Queen Saga